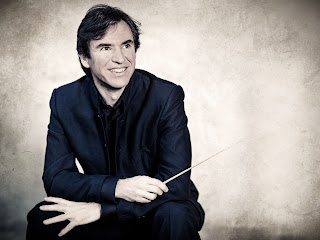 Born in Cervera (Catalonia-Spain) in 1973, he started his studies of violin at the Municipal Conservatory of this city and later he obtained the Superior Title of Harmony, Counterpoint and Composition at Badalona Professional Conservatory. At the same time he was introduced to Choral Conducting by the International Conducting Course in Lleida, with Josep Prats, Johan Duijck, Laszlo Heltay, and with Pierre Cao by the Academie International de Pontarlier (France). He recieved also the Masterclass by Eric Ericson in Barcelona. At this time, Maestro Salvador Mas introduced him to Orchestral Conducting in his lessons in Barcelona High Conservatory and in Wiener Meisterkurs.

In 1999 he was accepted at the Universität für Musik in Viena (Austria), where he followed a 3-year Course in Orchestral Conducting under the teaching of Maestro Leopold Hager, Yuji Yuassa, and Choir Conducting under Günther Theuring and Howard Arman among others. In March 2001 he obtained the Erste Diplom of this prestigious centre.

In March 2002 he won the contest to cover the vacant as Assistant Conductor of the JONDE (Spanish Youth National Orchestra). With this orchestra he conducted in León, Albacete, and a Tourneé in Germany (Schleswig-Holstein, Berliner Konzerthaus...). He recorded also a CD on spanish lieder (Esplà, Gómez).

In July 2003 he gained the position as Assistant Conductor of the Orquestra Simfònica de Barcelona i Nacional de Catalunya (OBC), with Ernest Martínez-Izquierdo as main conductor. In two years he conducted the OBC in 7 diferent programs with music of Mozart, Tchaikovsky and Britten among others. He has been guest conductor of the Orquesta Nacional de España (ONE), Orquesta Pablo Sarasate de Pamplona, Orquesta de Córdoba, Orquestra Simfònica del Vallès, among other in Catalonia, the choir Lieder Camera from Sabadell, and theKaleidoscop der Nationen Ensemble at the Bezirks Festwochen from Viena.

Nowadays he is conductor of the Cor de Cambra de l'Auditori Enric Granados in Lleida, the Coral Ginesta from Cervera, and l'Opera de tres rals, a Chamber Opera Company that he founded in 2002. He is teacher at the ESMUC (Catalan High School of Music) in Orchestra Conducting.

escrits fotos videos
Copyright © XavierPuigOrtiz.
Based in a template from Arlina Design. Using icons made by Freepik from www.flaticon.com is licensed by CC 3.0 BY